On two sides of the scales are Motivation and Satiation.

Behaviour Analysts are constantly balancing between delivering a sufficient amount of reinforcement to reward behaviours, but prevent satiation from occurring.

Here’s an example: When mand training, you may want to get quite a few trials of practising one mand. You have one biscuit and you may want at least 10 opportunities to mand “biscuit” (either sign, vocal or PECS), so you break the biscuit in to small pieces and practise the mand.

Once the client has had enough biscuit (is satiated), you can no longer work on this mand and you have to move on to something else. Practise makes perfect, so the more opportunities to teach and practise, the better the acquisition. This also prevents satiation setting in.Behaviour Analysts are very good at capitalising on reinforcement and breaking even the smallest reinforcement into even smaller pieces.

But what about the other side, motivation. I recall an event that happened to me a few years ago

I was working with a toddler who was beginning her ABA programme. She was non-verbal and we were teaching signs. I also did some training with family members, to support them using the procedures. In one of these sessions, Mum had been doing some mand training for chocolate. When the girl approached her Mum, Mum modelled the sign ‘chocolate’, then prompted the girl and then delivered the piece of chocolate [see the picture at the bottom, for an illustration of the sign]. This had happened several times, for approximately 5 minutes. Then the girl approached me. As I lifted my finger to my chin to model the sign, the girl cried and walked away. She went straight to mum, now quiet. Mum did the same procedure, model and prompt, and then delivered the chocolate. I was surprised. I was not paired with the delivery of chocolate, so my prompt was aversive. The next time the girl came over to me, I gave her a piece of chocolate for free (no demand). After that she allowed me to use the prompt procedure and would alternate between me and Mum.

In addition, last week, with another child who works with a token board during Discrete Trial Teaching (DTT). I gave him options of things he wanted to work for, which in this instance was bubbles, iPad and TV. The boy chose iPad a lot that day. On one break from work, I decided to blow a few bubbles while he played on the iPad. When it came to choosing reinforcement after, he choose bubbles.

Be aware of satiation, but remember giving a little bit of an item can establish it as a reinforcer. Just a bit of biscuit, a few bubbles, or a little spin, may increase motivation. 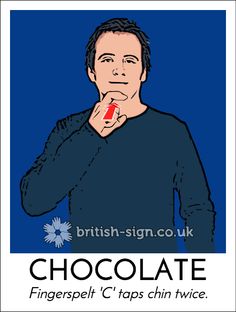 1 thought on “Reinforcement: getting the balance right”